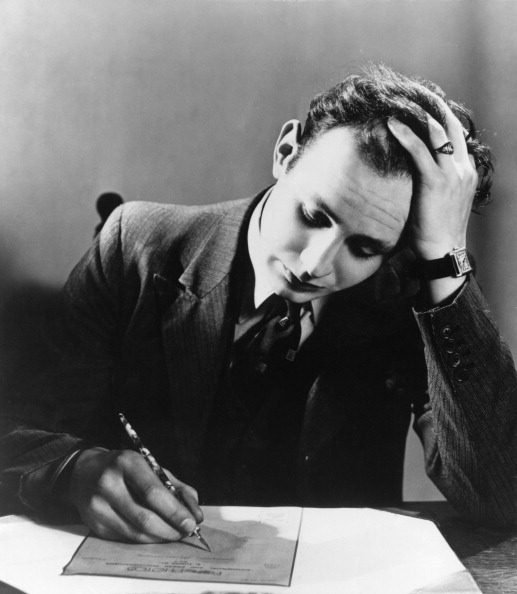 I have a friend. We cut our teeth at NYU’s Dramatic Writing MFA program, but we didn’t actually become friends until after graduation. Any creative program can foster growth, productivity and personal connections, but it can also be a breeding ground for competition and comparison. Maybe that’s why we never saw our commonalities until we got a breather, diplomas in hand.

Once we (re)connected, there was one thing I discovered that was foreign to me. She opened up about struggling to produce writing, which all writers could empathize with. The reason she struggled, however, was because she wrote her best work when she felt angry.

The problem, if you can call it that, was that she no longer felt angry, at least not in the manner or volume that used to fuel her writing.

When I listened to her journey, I understood her conundrum, even though I didn’t write from that mindset. We often place ourselves between a rock and a hard place, emotionally, creatively, even physically, thinking these are our two options available. You choose one path or you choose another. They are mutually exclusive and there is nothing more to consider beyond the horizons.

If my friend wrote to absolve and quench her anger, does that mean she has to choose between her happiness and her writing?

My friend’s story is hardly the most serious case of personal predicaments for creative people.

For decades, the debate has raged on about whether there is a link between creativity and mental illness. Studies have proclaimed a much higher rate of diagnosis for “creative” minds than others. Some will argue its complete unfoundedness.

But I will say this. Within my circle of the artistic community, bipolar, schizophrenic, anxious, traumatized, depressed, manic, and addicted are not uncommon qualifiers. If we’re not actively speaking on it, it is sprinkled in and between our pages. With cute and gentle headlines like “50 Famous People with Depression, Mental Illness” and “10 Great Painters Who were Mentally Disturbed” floating around the blogosphere, is the modern definition of mental illness the seed of genius that grooms us for creative expression as opposed to, say, athletic prowess?

Maybe the better question is—what do we do if we believe it’s true?

2 thoughts on “Writing and Mental Illness?”